I’ll reveal all of the dirty details, my huge regret & more in this post!

This year it was held across 3 floors of the Marriott Marquis hotel in Times Square which provided for some epic views.

The Affiliate Summit events are always a blast and provide the perfect blend of learning, networking, drinking, eating, laughing and creating memory’s you will never forget.

You can only imagine the chaos that is caused when thousands of affiliates that have broken free from the traditional world of employment come together.

I hadn’t done anything like this before and would love to be able to say I spent lots of time preparing & practising for it but that would be a lie. 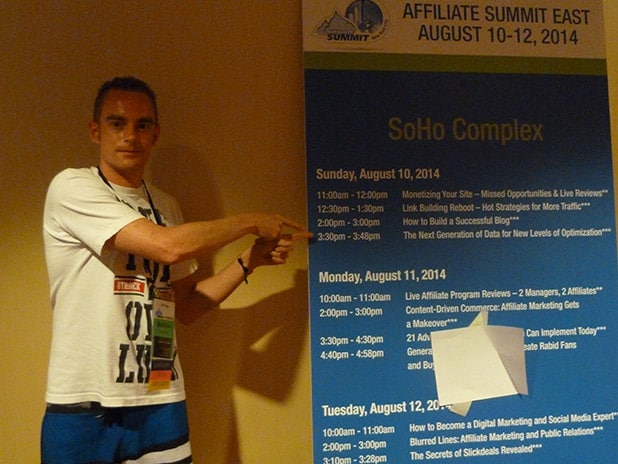 I reached out to people like Brian Littleton & Rae Hoffman for advice and decided it was better to speak from the heart & go with the flow rather than trying to memorise and rehearse a script.

So that is exactly what I did – I prepared my slides, got on the stage & winged it speaking from the heart.

I think it went pretty well overall from the feedback I have had. The session grew in numbers, no one left and lots of people had questions at the end.

We get the full feedback in the next couple of weeks though!

You can get access to all of the sessions including mine with a virtual pass.

There were also some other great sessions to attend from a range of speakers in pretty much every niche you can think of.

You can view a full list of the sessions here.

Here are some of the ones that stood out to me-

Six-Figure Mastery: The Cure for the Common Blog

This session was hosted by 4 of the biggest bloggers in the industry – John Chow, Zac Johnson, John Rampton & Syed Balkhi.

The 4 member panel discussed a range of topics around starting a blog & building your authority.

Rae Hoffman also known as Sugar Rae hosted a great session about the evolution of SEO.

Her straight down the line talk lifted the lid on what has changed and how SEO has evolved over the past year.

This session was hosted by Adam Riemer teaching people how to tweak their site for more profits.

The talk specifically focused on how to identify missed opportunities and capitalise on them followed by live audience site reviews.

An awesome session teaching how to go from zero to 7 figures in 6 to 12 months with Facebook marketing.

This session taught a range of cutting edge link building tactics that anyone can apply.

It was hosted by Roger Montti & Scott Polk.

He showed how to take advantage of YouTubes features and how to rank videos easily in Google’s search results.

Watch All Of The Sessions

Those were just my favourite sessions, there were over 40 live sessions to attend!

The problem was if you were at the conference you couldn’t actually attend all of them because 4 ran simultaneously through the whole day.

Lucky for me I have a pass to access them online but if you don’t have one you can just pickup a virtual pass instead which is much cheaper & more convenient than attending the show.

We had a range of awesome food brought to us while we networked along with one of the fanciest buffets I ever did see!

Like I said – these internet marketing types really know how to throw down a party!

The Affiliate Nation party featured a live performance from Twista who has recorded tracks with Kanye West, Lady Gaga & Ludacris to name a few. 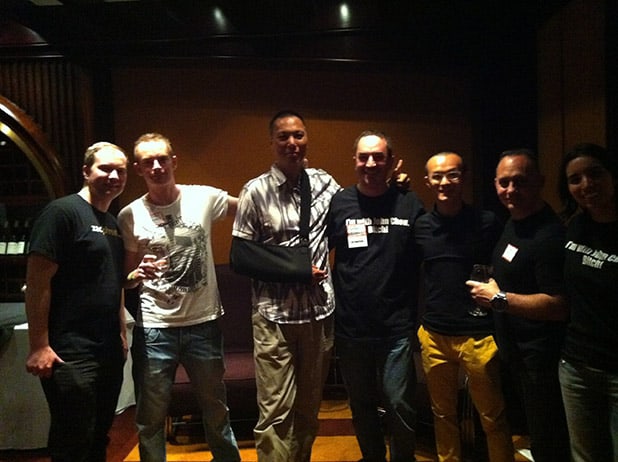 It was an open bar hosted in the middle of New York after a long day of sessions everyone was ready to unwind!

Along with all the partys were some more sophisticated events where we got to eat some of the finest food hosted by a range of companies. 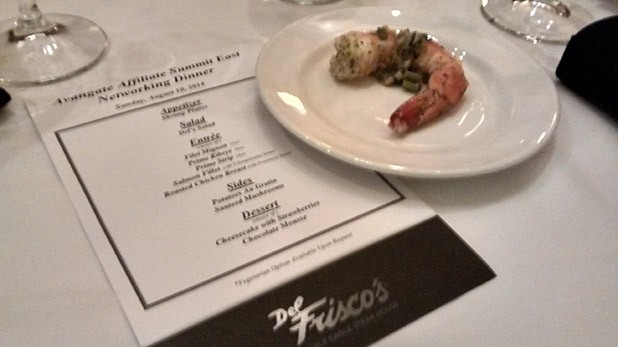 They delivered a 3 course banquet including one of the best steaks I have ever had!

Thank’s to Andra & Chuck for making that happen!

After the Affiliate Nation party we ended up in BCD Tofu with the help of JunJun Li. 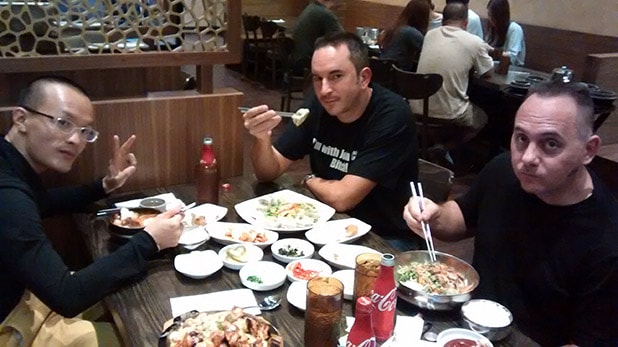 Normally there is a huge queue to get in and they don’t take reservations but when you’re drunk at 4am on a Tuesday morning there is a table!

I’m not sure how it happened but we ended up with wave after wave of dishes. It was like playing zombies on call of duty but with food.

Just before we get onto the pranks & my biggest regrets I want to talk about the awesome speakers cruise.

Anyone that has spoken to Missy Ward for more than 60 seconds knows she loves wine and she put together a fantastic cheese & wine tasting cruise for the speakers. 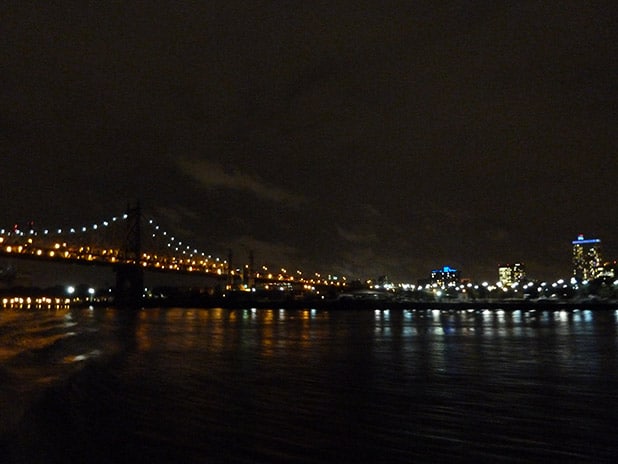 We went down the Hudson River past Ellis Island and the Statue Of Liberty. The boat then passed under Brooklyn and Manhattan Bridge before returning.

It was an awesome event and I wish I had a lot of pictures to share but I was too busy causing trouble sat on the naughty table.

While I was at the show a couple of pranks happened inadvertently. One on the speakers cruise and one in the meet market.

I knew that WPEngine would be at Affiliate Summit but over dinner with a couple of people (who will remain anonymous) we decided it would be a good idea to prank them.

The plan was simple, swap passes with someone else, get a wireless lavalier microphone and someone to record from a distance while I asked them about this post as a potential customer.

Unfortunately it didn’t go that well – first of all the only free rep was Evan Lacivita who I had a good relationship with. He instantly knew who I was but played along anyway – kudos to him for that!

I’m not actually in control of the video for that prank but we’ll see if it surfaces soon!

On the speakers cruise I was sat with Adam Riemer & Heather Diamani – we were left in charge of Kenny Hyder’s bag.

After a few glasses of wine we decided the best thing to do was to hide the bag and replace it with a cheesy sailor based riddle which would lead to a badly drawn treasure map to find the bag!

We spent a while preparing it and finding the right locations to hide everything but in the end Heather messed it all up in the final stages getting caught hiding the bag.

I think Kenny appreciated the effort when we revealed the full plan to him though!

During the speakers cruise I wanted to thank Brian Littleton from ShareASale for everything he had done for me. Take a look at my previous Affiliate Summit post and you will see why.

On top of that he provided some solid advice around speaking that really helped me get a feel for things – he has done a lot for me and I wanted to say thank you for that.

Unfortunately I was doing that after a little bit too much wine and on a rocky boat hitting bumpy waves.

The result – half way through thanking him I threw an entire glass of wine over his face/down his sweater.

I was MORTIFIED! The timing couldn’t have been any worse! Luckily for me Brian is a great guy and someone else had already done it to him earlier in the night.

See You At The Next Summit

The next Affiliate Summit takes place in Las Vegas January 18th-20th at the Paris hotel.

Given how awesome Affiliate Summit was this time around you can be sure I’ll be going to the next one!

See you all there!