This is the 48th income report as part of the zero backlink experiment.

What I Have Done In September

Although I spent 2 weeks with my friend in Costa Rica this month, I managed to achieve quite a lot of things.

Not just from a work perspective, but also from a personal perspective as well as I continue to train for Ironman next year.

I have still got an awful lot to do until I am happy with the current state of the blog, but I have made huge leaps forward towards that.

So without further ado, let’s take a look at what I got upto this month!

Over the past 6 months or so, I have noticed that the blog was getting slower and slower.

It’s being a long time since I addressed site speed and the home page load time had more than tripled.

Some blog posts were taking more than 30 seconds to load fully which is unacceptable!

That happened for a number of reasons-

We all know that site speed not only damages conversions but also has a big impact on search engine rankings as well.

Why? Because it’s part of the core web vitals (official ranking factors!).

So when I ran a speed test and saw this result-

I decided enough was enough!

Granted that test represents the heaviest page on the entire blog, but 29.7 seconds is ridiculous to say the very least.

That also trickled down across the entire blog with similar improvements across the board like my Long Tail Pro review for example. 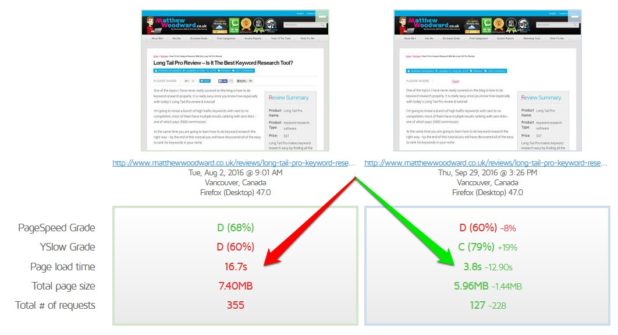 But how did I do that?

Well I will put together a much more detailed tutorial in the future, but in summary-

I still have more to do but hopefully you guys have already noticed a huge improvement in the performance of the site and that will continue to improve this month.

In last months report I talked about how I ran a scan with DeepCrawl and cleaned up the blog from an on site SEO perspective by fixing things like broken links, missing alt tags, duplicate content and so forth.

That started to have an impact on search traffic rising from around 7,500 visitors per week to 9,500.

Throughout September that continued to grow to over 12,000 visitor per week from Google- 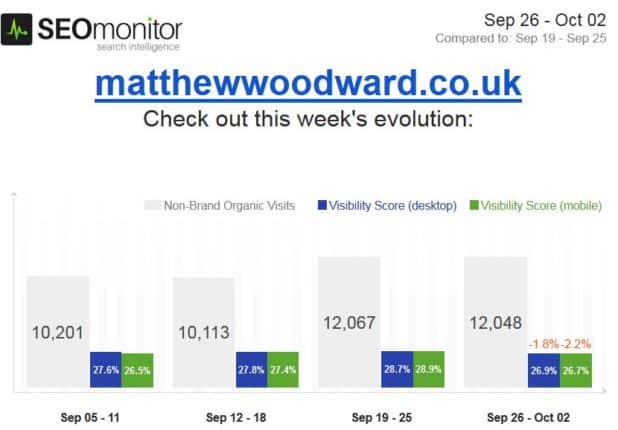 Now that the site is loading faster than ever before, I expect that to grow further this month.

And for those that weren’t paying attention last month, all I did was run a scan with DeepCrawl and fix everything it told me to fix.

As I continue to work on improving the overall user experience of the blog, I decided to start split testing some new post layouts.

To do that, I took 3 existing posts and applied different layouts to each of them-

Click on the image below to see how they differ-

So far the split tests are producing promising results and I’m mainly focused on increasing time on page while reducing bounce rate at the same time.

As soon as the tests finish, I will make a decision to update every post on the blog to the winning layout.

See You In Thailand?

On the 5th of December I will heading out to Affiliate World Asia in Bangkok to deliver a keynote speech.

That will be backed with a live fire Q&A session and of course I will be hanging out for a while to answer questions 1 on 1 with you before heading out to explore the rest of Thailand.

You can learn more about the conference here and it would be great to see you there!

I only published 4 new blog posts this month compared to 6 last month, but that was because I launched a huge new section on the blog dedicated to all of my favorite marketing tools.

I broke it all down into the following sections-

On top of that I published a collection of the best SEO tutorials.

I also published my income report along with the regular income report roundup feature and this months edition of the very best of internet marketing.

So let’s get our hands dirty and see what all of those changes to the blog has done to the important metrics.

That also means that I have broken through my traffic goal barrier of 60,000 per month – now all I need to do is keep it steady! 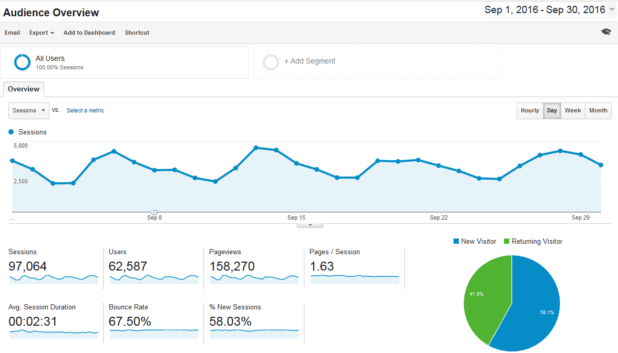 The how to create a profitable membership site tutorial stole the top spot this month with my how to start a successful blog tutorial not far behind.

We also saw the new SEO tools page break into the top 10.

The top traffic sources have remained steady this month.

The only really difference is that Google is now sending more traffic than it was previously which is always a nice bonus!

As I explained at the top of this post, search engine traffic has increased nicely this month! 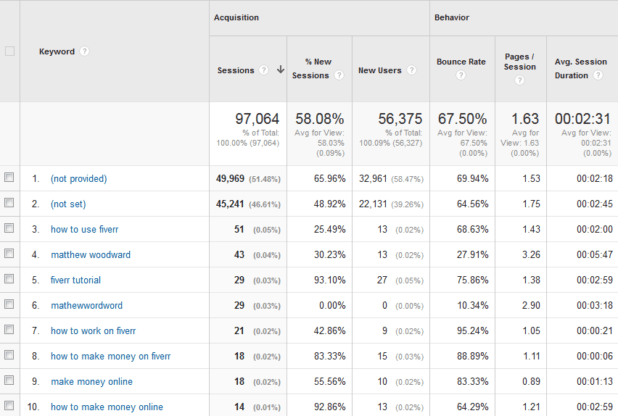 That also had an impact on total minutes watched which increased from 78,154 to 80,283 respectively. 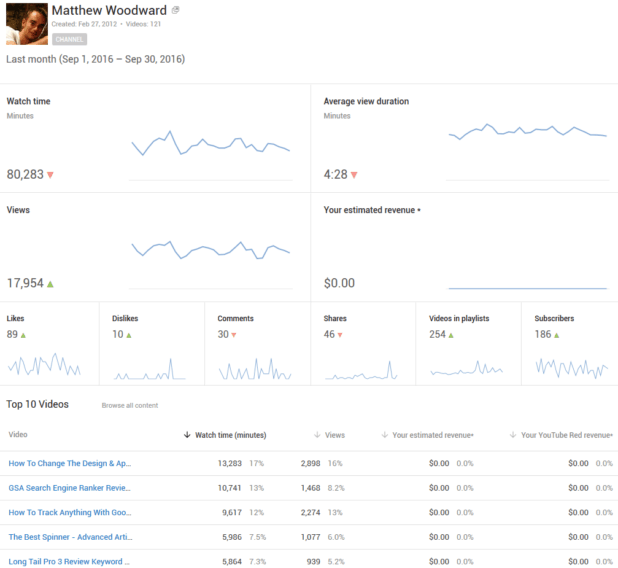 This month the total social shares across Facebook and Google+ increased from 60,584 to 63,528.

There are now a total of 148,846 subscribers across all of the various channels!

This month I took on one consultation job that resulted in a payment of $1,972.73

Even though I took 2 weeks off to spend time with my friend, I feel like progress has come along leaps and bounds.

The blog is faster than ever before and traffic levels have showed steady increases to break through my 60k/month goal.

On top of that I have also planted a number of seeds to increase user experience further such as the split tests I mentioned above which I believe will have a huge impact once I implement the results.

There is still an awful lot to do though – I want to give the branding/graphics a complete overhaul and make serious improvements to my email marketing strategy.

Although income dropped this month, it’s not something I am worried about – right now I am purely focused on delivering the best user experience possible on the front and back end of the blog.

If you have any suggestions on how I can improve that for you – I’m all ears!