This is the 26th income report as part of the zero backlink experiment.

What I Have Done In November

As we build towards Christmas I have been running around like a headless chicken trying to get as much done in order to enjoy a break across the festive period.

That resulted in over a week of 12-16 hour days back to back after returning from the BHW/Ungagged conference.

This could also very well be the month when I break through the income goal that has been eluding me the past few months.

After I publish this post and send out the email I’m going to remove my premium tutorial from sale permanently.

I was going to do it last night but removing them breaks the user journey and optins of RankCracker so it needs a little more care than I first thought.

Either way if you have missed out there is a small chance you can still buy them – there is still 20% off as well!

I published a total of 7 posts this month which is slightly less than the 10 I did last month. I don’t think I’ll ever do 10 in a month again, I think 4-6 is the sweet spot.

I published another update to the spam rank case study which showed how to recover from Penguin 3 after the site got hit.

You were also shown how to make money on Fiverr with a very easy to apply method. I’ve seen some awesome cartoon software launch recently you could use with that method.

We took a look into the world of Yandex SEO and explored the differences between Google and Yandex.

This years Black Friday deals post went down a treat and I updated it a number of times and will update it again today.

Last year I was nominated in the UK Blog Awards and walked away as highly commended in the Digital & Technology category.

This year I have been nominated again but this time I’m in the PR & Marketing category against some stiff competition.

I was honoured to speak at the first BlackHatWorld (UnGagged) conference in Las Vegas this month.

It was awesome to meet everyone from the forum and finally put faces to a lot of names. Many laughs were had and more importantly, many secrets were shared.

What made this conference different than any other was it was small and compact in one room. This meant that everyone spoke to everyone, there wasn’t an overwhelming amount of foot traffic rushing by.

On top of that some of the things shared at the conference were phenomenal – I’ve never heard so much shared in 1 place and I certainly took a lot from the various sessions.

And let’s not forget how awesome the food (and alcohol) was that was all provided as part of the ticket price which makes a tasty change! 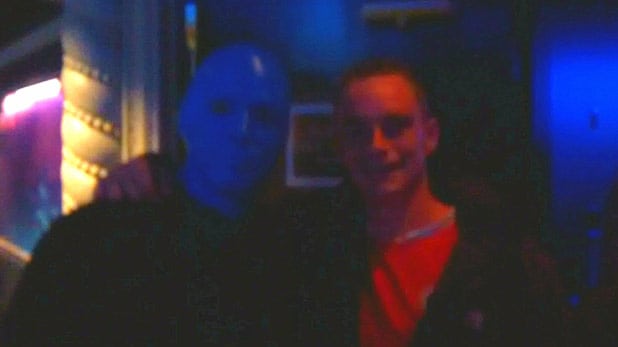 I also found time to leather dune buggys around the Nevada desert, hit the Blueman show and Cirque Du Solei with Malc even if I was ill for the whole event.

While I was at the conference I spoke Murray Newlands who is a PR expert.

He got me thinking and one of the first things I did when I returned from the conference was to make the blog more ‘press worthy’.

So what does that mean? Well it means positioning the blog in a way that press and media can relate to it, quote it, find the information they need etc.

This is my current plan of attack-

All of those changes would give me much more credibility and make me more ‘press worthy’ so to speak.

So far I have completed the media kit, testimonials page and changed the sidebar picture so there is still a bit of work to do.

I will do a more detailed tutorial on how to make your blog more press worthy soon :)

Last month Stuart Walker made me look stupid and offered some awesome advice on how to improve email optin conversion rates.

I’m going to do a super detailed post on this but here is a quick teaser at the results so far.

I integrated the changes on October 30th and as of November 20th the conversion rate has increased to 8.18%!!

That is a huge increase and that was without any split testing at all.

Then, on the 20th of November I started split testing EVERYTHING-

As you can see in the split test with OptinMonster above there is still huge room for improvement. That is just from split testing 1 exit popup on 1 post.

I will reveal everything in a more detailed post later in the month, in the mean time check out my detailed Optinmonster review.

Last month I broke the 50,000 unique visitors milestone for the first time, something I had been trying to break through for a while!

It isn’t that much of a drop but it is annoying to drop below the milestone again!

The Black Friday deals page was by far the most popular on the blog this time around with the spam rank case study in second place.

The how to make money on Fiverr tutorial also proved popular and my GSA Search Engine Ranker tutorial held its place as well.

The top traffic sources are dominated by social sources this month because I splashed out a bit on Facebook ads.

As you can see the traffic was very engaged spending good amounts of time on the site with long average visit durations. Not bad for social huh?

Just a shame there are only 30 days in November! 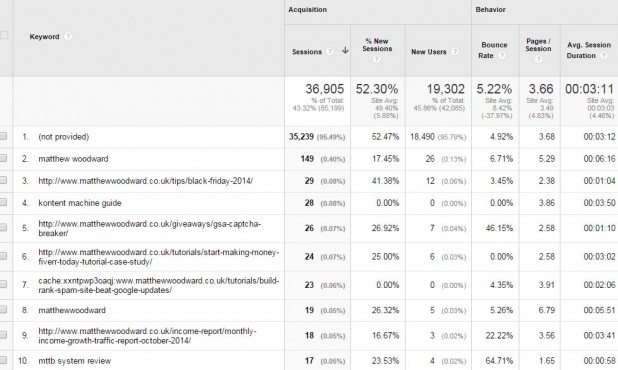 The blog has seen a total of 57,189 shares across Facebook, Twitter and Google+ this month compared to 56,384 last month.

This month brought 7,637 new subscribers across various channels which is a nice jump from last month’s total of 5,205.

There are now a total of 88,860 subscribers across all of the different channels.

Well – I wasn’t expecting that to happen to say the least!

I’ve been trying to break the $20k barrier for a while and not only have I broken it, I also broke the $30k barrier at the same time!

However that is mostly down to a couple of unique events that won’t be repeated next month so hold on tight for the drop next month.

What an absolutely awesome month, I don’t think it could have gone any better! Sure traffic dropped below the 50k mark, but the huge jump in earnings more than made up for it.

That is largely down to the fact it was Black Friday this weekend and the sunsetting of my premium tutorials. I’m wondering if the increase in email optin conversion rate might soften the blow a little next month.

As we move into December I’m going to wind things down slowly in peregrination for a good break across the festive period.